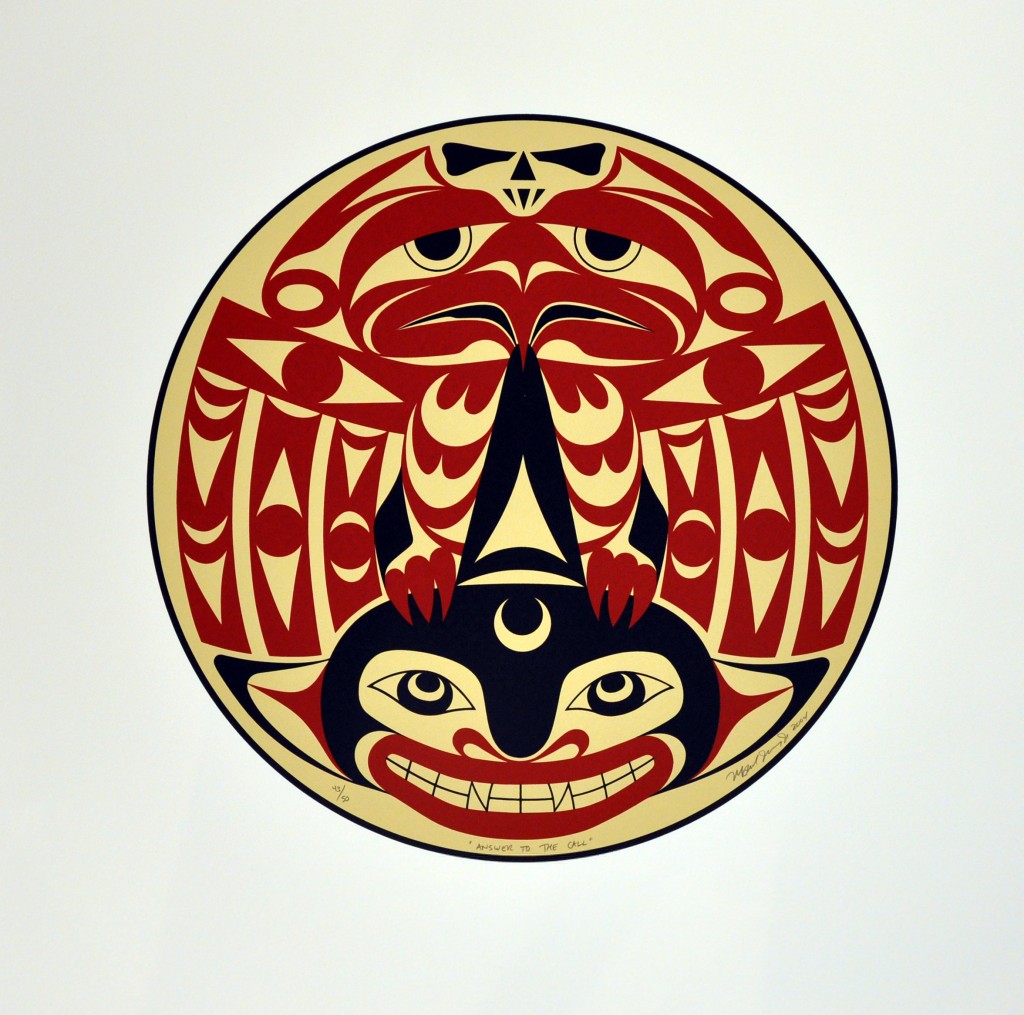 This design depicts Thunderbird carrying Killerwhale and a skull on top of Thunderbird.

There is an old story from the Cowichan area where Killerwhale gets caught in the bay and is eating all the salmon before they go up the river. People in all the villages along the river are starving and dying because there is no salmon coming up river to fish and feed on. So the people call upon Thunderbird to come and take Killerwhale away.

The skull symbolizes those that were lost to starvation. Thunderbird is the actual answer to the call for help. When Killerwhale is taken away the fish come back up river and the villagers can feed themselves.

The frog is also involved in some versions of this story; frogs are communicators between man and the spirit world, so the people asked the frog to ask the Thunderbird to help.

Other versions of the story say that Thunderbird takes Killerwhale up to Mount Tzouhalem and eats him at the top of the mountain; or to Mount Provost whose peak is now a big dip. Yet another version says that when Killerwhale is dropped on the mountain, he creates a dip that actually looks like a frog.

Maynard Johnny, Jr. (born 1973) has inherited a unique blend of traditions as he is of both Kwakwaka’wakw and Coast Salish decent. He is self-taught, and has been working on his art since his teens. While versatile in other media, including woodcarving and engraving, Johnny has focused on printmaking for the past decade. He tries to maintain a contemporary vision of traditional legends. Johnny currently lives in Chemainus, British Columbia.