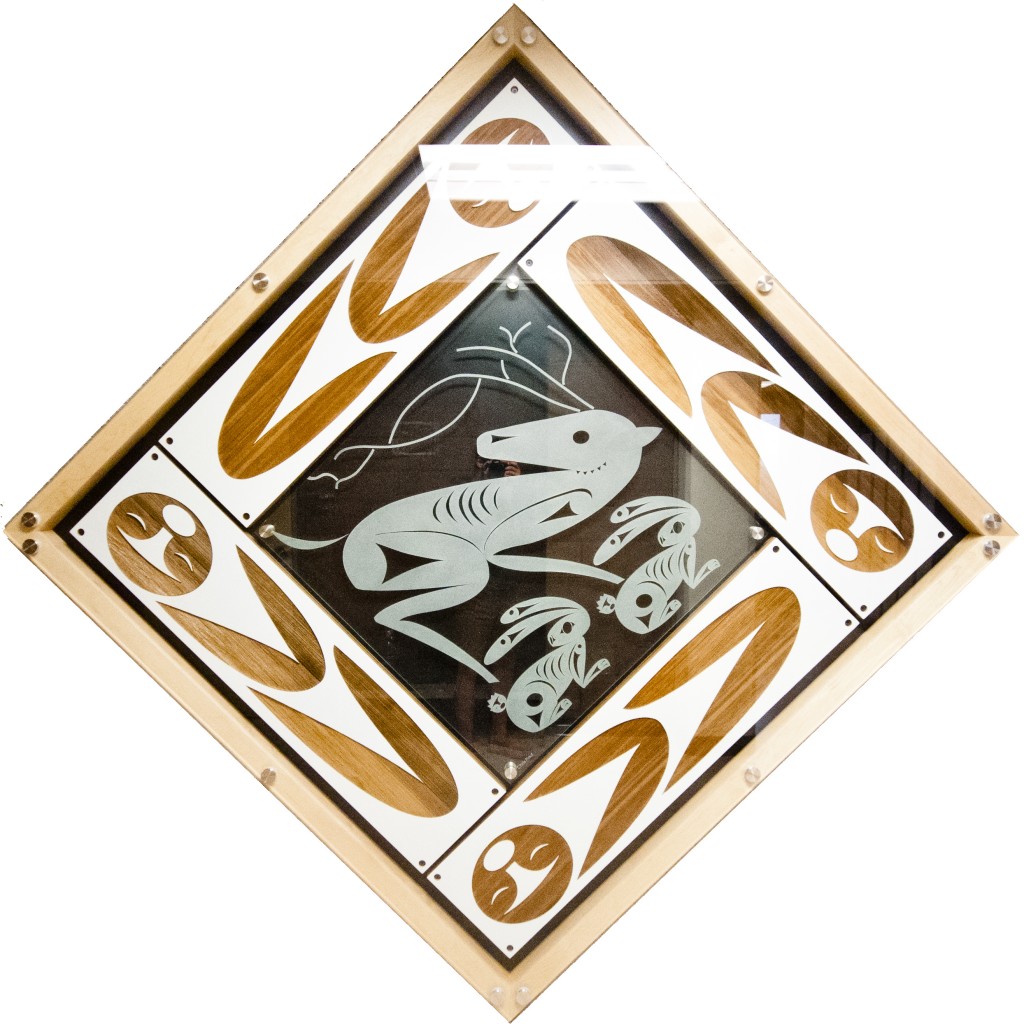 In 2011, Chris Paul was the Visiting Artist in Anthropology 305: Anthropology of the Arts. Paul taught the class about Salish design, and stressed that the art form is based on balance. His teaching in this class focused on the relationship between land and culture.

Finding Balance addresses how human interaction with wildlife has fallen out of equilibrium. The lands currently occupied by the university were traditionally a rich source of food for Coast Salish peoples, who maintained animal populations through regulated hunting. These resources are no longer controlled in the same manner and over recent years, this led to a surplus population of rabbits and deer. The piece depicts this animals and humans implicated in this lack of balance including the large deer, which takes up most of the frame, surrounded by salmon and rabbits (with human faces for tails).

Chris Paul (born 1970) is a member of the Tsartlip Band of the Cost Salish peoples, located near Brentwood Bay on Vancouver Island. Apprenticing with Floyd Joseph and Roy Henry Vickers, Paul emerged as an artist with his own style of depicting heritage with strong modern colours. Each event in his life evokes a new image, which he transforms into art. Paul’s works range from fine jewelry to woodcarvings and serigraphs.