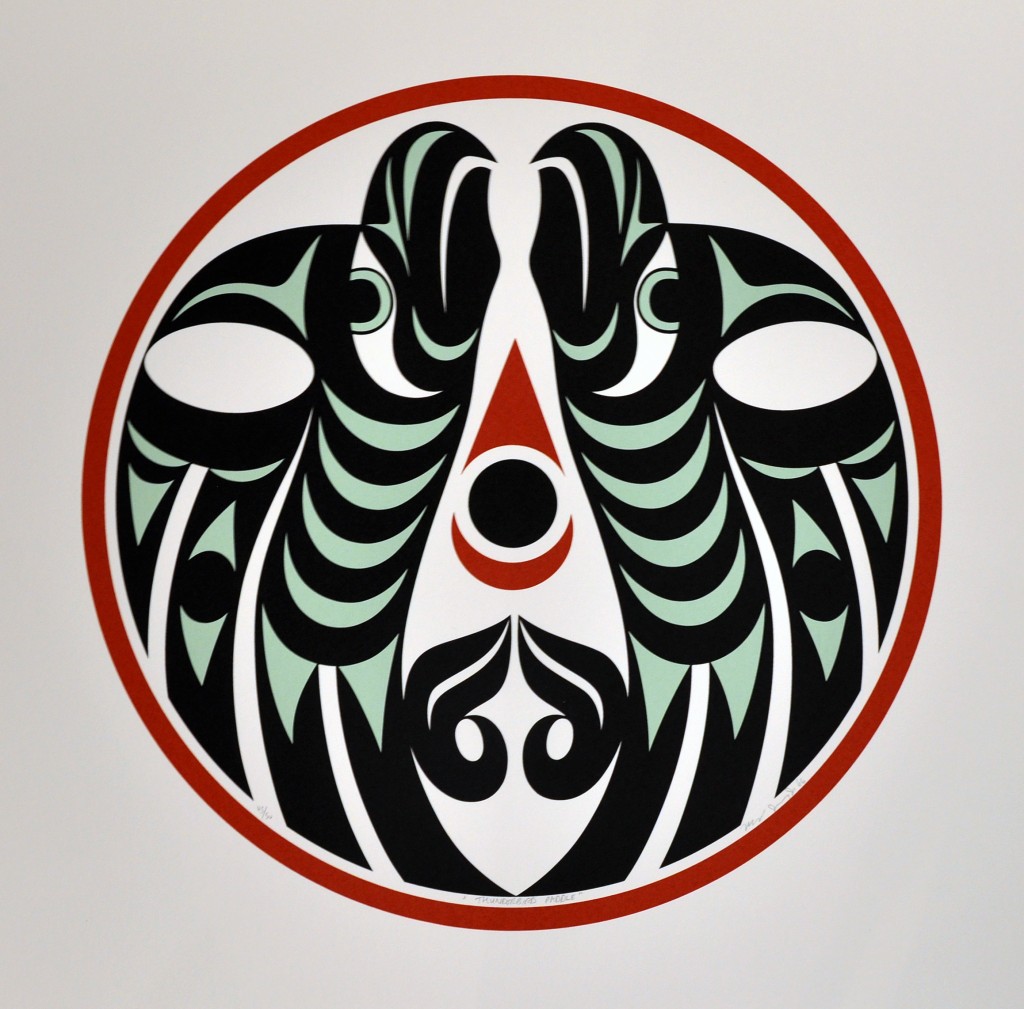 I was experimenting with Thunderbird designs, wanting to do an interpretation of Thunderbird that was different than that of other artists. I opted for a split design, each side mirroring the other. Without intent, the center space took the shape of a paddle; a great outcome!

I then drew a black circle in the middle of the design that represents the hole in the center of a spindle whorl. Such whorls were used to spin the wool used to make blankets, sweaters and other garments way back before European contact.

I like that those of my people who love to go out on tribal journeys, or just to canoe, relate to this design.

Maynard Johnny, Jr. (born 1973) has inherited a unique blend of traditions as he is of both Kwakwaka’wakw and Coast Salish decent. He is self-taught, and has been working on his art since his teens. While versatile in other medias, including woodcarving and engraving, Johnny has focused on printmaking for the past decade. He tries maintain a contemporary vision of traditional legends. Johnny currently lives in Chemainus, British Columbia.