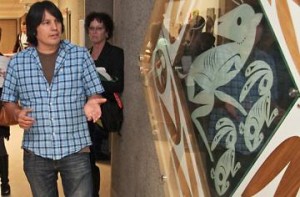 Chris Paul was born a member of the Tsartlip Reserve near Brentwood Bay, BC. He was raised in a proud loving family entrenched in a culture rich in stories, traditions, and rituals.

Though Paul’s own admiration of Coat Salish art began in childhood, his aspirations of becoming a renowned artist began in 1995, at the age of 26 when he apprenticed with Floyd Joseph. Sparked by personal drive, enthusiasm and an insatiable thirst for a clearer understanding of West Coast Art, he studied the art of Charles Elliott, Susan Point, Mark Preston, Joe Wilson, Bill Reid, Robert Davidson, and Roy Henry Vickers. Also in 1995, Paul began a lifelong friendship with Vickers who agreed to provide him an apprenticeship provided he first spent a year at ‘Ksan, a native art school in Hazelton, BC.

At 30, having satisfied Vickers’ request, Paul began an intense two-year apprenticeship with Vickers during which time he honed his skills as an artist and a businessman. Paul emerged from the two apprenticeships with his own style of expression and presentation, a style that reveals a heritage depicted in strong modern colours giving it global appeal. For Paul, “his culture evokes the spirit of his art.”

As a member of the Saanich Nation, Paul’s style is a unique and refreshing combination of traditional and contemporary aboriginal design deeply rooted in a family and culture that knows and understands man’s position in his family, his community and his natural surroundings. Each event in his life evokes a new image, which Paul transforms into a piece of art.

Paul has completed and marketed a four print series he calls ‘Saanich Spirit’ each print revealing a part of his cultural history and beliefs and therefore a part of his inner self. Each new piece he completes whether on paper, in wood, glass, or silver will be an artistic interpretation by having its origin in Paul’s ancestry and therefore his being. In his words, he already ‘has more ideas than he can ever realize in a lifetime.'”

Image: The Ring – University of Victoria

Chris Paul was a Visiting Artist in 2011. Learn more here. 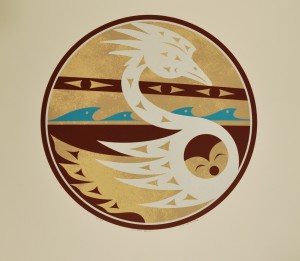 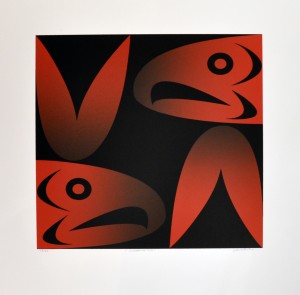 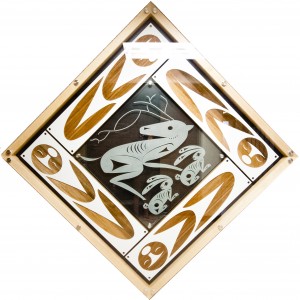 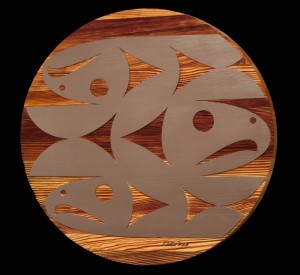