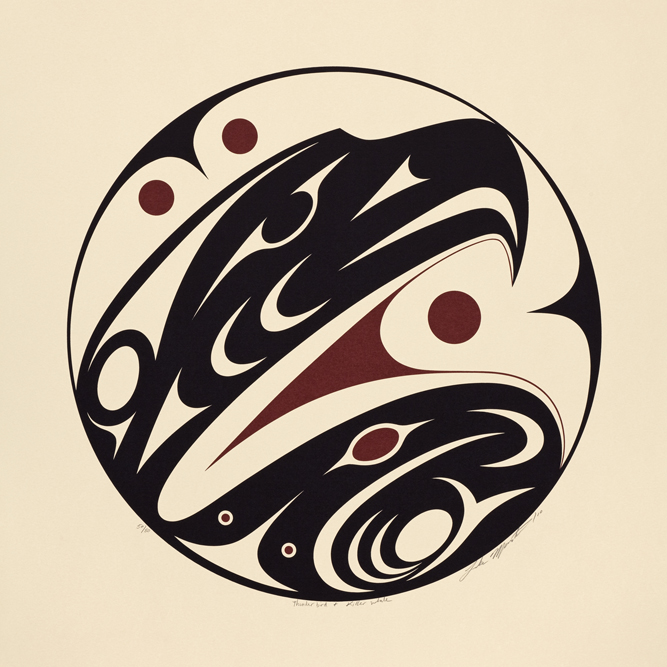 Luke Marston, Coast Salish (b. 1976) is the son of carvers Jane and David Marston who introduced him to carving. He learned form, design and detailed finishing from Haida/Nisga’a artist Wayne Young and Salish history and traditional stories from Coast Salish artist Simon Charlie. In 1999, Luke assisted Charlie with the carving of four house posts for a public school in Seattle, WA.

Through his work, Luke wants to preserve his culture and share it with the public. He exhibits at Alcheringa Gallery in Victoria, the Inuit Gallery in Vancouver, the Canadian Embassy in Japan and galleries in the United States. He has done commissions for the Canadian government, the Lieutenant Governor of British Columbia, the Vancouver International Airport and the Vancouver Convention Center.