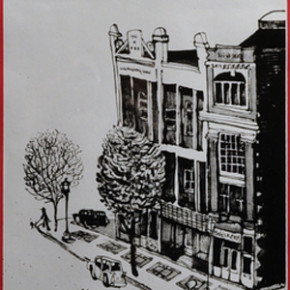 Harmonious Interest draws on the archival and artistic holdings of the university with a selection of material from the Consolidated Chinese Benevolent Association. This association, founded in 1884, is a key community anchor and advocate for the Chinese in Victoria. Other important social, religious and cultural organizations such as the Chinese Freemasons Association (1876), the Tam Kung Temple of the Yen Wo Society (1911) and the Chinese Public School (1899) are represented in photographic collages by artist Robert Amos.

The important work of Dr. David Lai (Geography, UVic), known for his role in the revitalization of the buildings of China town and the Gates of Harmonious Interest, as well as other scholarly studies on Chinese communities in British Columbia are also referenced. As a whole, this exhibition is intended to show the role of some of these key organizations in community building and advocacy for Chinese people in Canada.

This exhibition was produced as part of the Victoria Symphony’s Chinatown Celebration project. 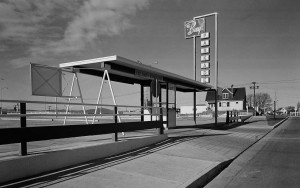 The Emergence of Architectural Modernism II: UVic and the Victoria Regional Aesthetic in the Late 1950s and 60s

It features a tour of 1950s and 60s UVic architecture, architect and designer biographies, and a free PDF of the catalogue. 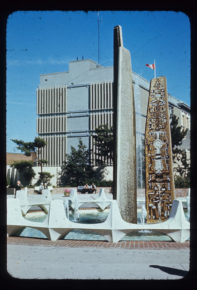 This travelling exhibition on the legislative buildings of Canada’s fourteen capital cities presents the main characteristics of each building, such as year of construction, cost , and dimensions, and features historical footnotes about their construction. The art and architecture exhibit features historical and modern photographs. Each capital’s of government is also depicted in a contemporary painting by the Murale Création team of artists. The exhibition’s content, which aims to educate citizens and foreign visitors about the capitals of Canada’s provinces and territories, was developed by architectural historian Ms. Denyse Légaré in collaboration with Commission de la capitale nationale du Québec. 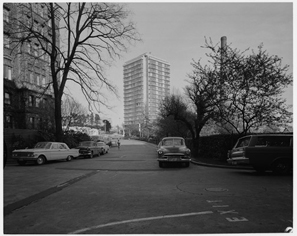 Imagine Victoria when Bastion Square was a parking lot, UVic had no rabbits and Paul’s Diner served the best plate of fries at any hour. A retro Victoria comes alive through the work of architectural photographer Hubert Norbury, on display at the Legacy Art Gallery and Café this summer.

Norbury succeeded in documenting a building boom that transformed Victoria from a sleepy retreat to a vibrant city, rejuvenated by progressive town planning, a new university campus, and an international airport. His photographs serve as a rich and detailed record of a unique era in Victoria’s architectural history when modern ideas and new building technologies were embraced by its architects and increasingly accepted by the general public.

Exhibition catalogue: Victoria Modern 2: From a Modern Time: The Architectural Photography of Hubert Norbury: Victoria in the 50s and 60s (2009) 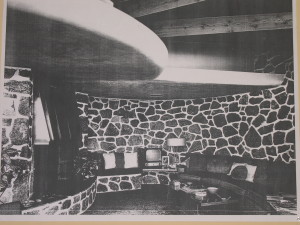 Laszlo Hudec (1893-1958) was an influential Hungarian architect who escaped a Siberian P.O.W. camp and lived in Shanghai from 1918 to 1945. This exhibit displays his sketches, plans and photographs paired with archival material from UVIc Special Collections and contextual information about Shanghai.

The Russian Art of Building in Wood, a selection of photographs by William Brumfield, is now available as a traveling exhibit sponsored by the National Humanities Centre. The exhibition comprises 36 black-and-wits photographs of log boldness dating from the fifteenth century to the twentieth. It illustrates the techniques and designs of this traditional form of construction. Among the buildings features is the spectacular Church of the Transfiguration at Kizhi with its 22 cupolas. 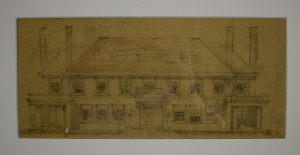 Samuel Maclure (1860-1929) is considered to be the single most influential architect in western British Columbia during the rapid development period from 1900 to 1940. He was born in New Westminster and studied art from a young age. 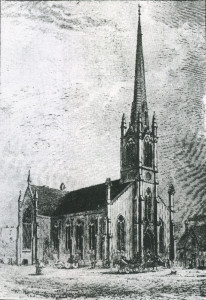 An exhibit showcasing the Rattenbury architectural plans for the Prince Rupert Hotel, which was never built. Rattenbury was the man responsible for the Empress Hotel, the provincial legislative buildings, the Crystal Gardens and the Bank of Montreal in Bastion Square. The plans and drawings on display were discovered in the attic of the Oak Bay school when snowfall threatened the already decaying integrity of the roof.