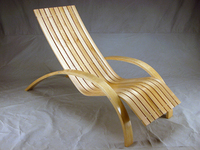 This display showcases graduate work spanning Camosun College Program’s entire twenty-year history. Many exhibitors will be showing works based on specific themes and made from indigenous British Columbia wood. All of the entrants have stayed active in the furniture or woodworking industries and are submitting either a favorite piece made as a student or something made more recently as a professional. 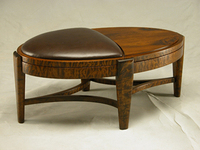 An exhibition to celebrate the 20th year of Camosun College’s Fine Furniture Program. Jurors focused on the Northwest Coast to highlight the quality furniture makers of the area and showcase the particular historical and geographical influences of the region that have contributed to the unique quality of design.

Held in conjunction with and organized by the Furniture Society Conference.

The online catalogue for the Arts and Crafts Movement is available here. It features information about Rookwood pottery, Tiffany Glass Company and the Roycroft Institute, as well as an architectural tour of Victoria.

In England and then America in the late 19th century, a middle class revolution occurred against Victorian values, industrialization and the mass production of low-quality products. Originally a British movement whose roots can be traced back to the early 1800’s, the social and moral preachings of people such as John Ruskin and William Morris in the late 1800’s influenced the burgeoning what would be known as the Arts and Crafts Movement.

An open exhibition of woodworking and design presented by the Vancouver Island Woodworkers Guild. This juried exhibition is held every two years and represents a wide range of woodworking skills from small turnings and carvings to musical instruments and larger piece such as tables and desks. 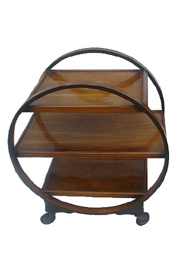 Curated by Ken Guenter and Can Russell

The online catalogue is available here. It features side by side comparisons of the artists’ works and inspirations, curatorial statements and information on a variety of furniture styles.

Works by 20 local furniture designers inspired by antiques in the Maltwood collection. The genesis of this exhibition goes back to 1982. We live in an age of much more liberal thought and expression. Art now assumes fewer barriers and almost no borders. Still, it makes for an interesting exercise to examine each piece with the questions in mind, “Is it furniture?” or “Is it art?”. What is evident, as we follow the continuum from historic to contemporary, is that they haven’t made them like they used to!

Explorations in Wood ’93 is an open exhibition presented by the Vancouver Island Woodworkers Guild at the Maltwood Art Museum and Gallery. It features furniture, turnings, architectural fixtures, musical instruments and sculpture from artists throughout western Canada.

A survey of the national and international holdings of the University of Victoria, acquired by purchase and donation since the collection’s inception in 1952.

Features recent donations to the University, including works from Joseph and Elizabeth Rosa Isaacs Collection of Inuit Art, 18th and 19th Century Silver from the S.W. Jackman Collection and prints from the Pat Martin Bates Collection.

Furniture from the Maltwood Collection spanning the early formative years of the craft in England, 1590 to 1800.