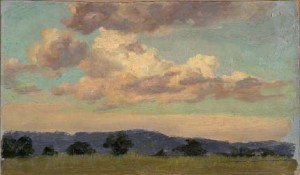 Circulated by the Langley Centennial Museum.

A travelling exhibition featuring 58 of Kilpin’s works from the Early Years in Great Britain.

While painting in England, Kiplin had applied his technical proficiency towards achieving a pleasing, but rigid, style that strongly adhered to the established rules of certain genres. Upon arriving in Canada and joining the Arts Club of Montreal Kiplin took up etching, which coincided with a print revival that was developing in Toronto. Even in this more relaxed medium he had a hard time letting go of his technical precision and his etchings from this time are reminiscent of conservative prints from Britain and France, while others are more spontaneous and “sketchy”, which were often contemporary Canadian scenes. 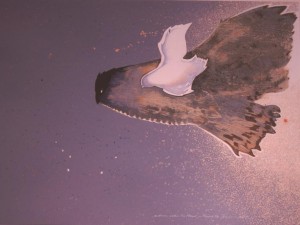 A Dove Within the Hawk is Flying, Roy Tomlinson, n.d.

An unique educational exhibit featuring the stages that occur in Roy Tomlinson’s stunning lithograph, A Dove Within the Hawk is Flying.

Tomlinson, a renowned graphic artist from the Cariboo, has studied for years in the art of stone engraving and graphic art as well as design, architecture, and automatic painting under Jock MacDonald.

The exhibit will feature 39 steps towards the final print as well as the artist’s proof.