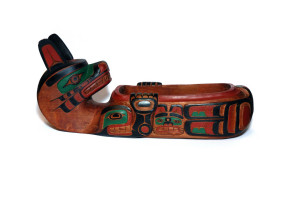 K’ulut’a and the Professor Catalogue

K’ulut’a and the Professor celebrates the art and legacy of famed Kwakiutl artist Henry Hunt (K’ulut’a was his name in Kwak’wala, the native language of the Kwakiutl people). Henry Hunt’s influential style and personality can be detected in thousands of artworks produced by himself and his many students and by their students in turn.

Henry Hunt did not divide life into compartments; he enjoyed the company of people from all walks of life. He formed a particularly strong friendship with Professor Peter Smart, a friendship that ultimately resulted in the donation of a most significant collection of Henry Hunt’s art to the University of Victoria Art Collections (UVAC) in 2003. The entire collection donated by Peter Smart is included in the current exhibit, supplemented by additional examples of Henry Hunt’s art from UVAC and by some of Peter Smart’s own carvings. 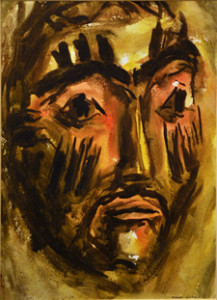 Revival is a snapshot into the vast personal archives of the late artist and teacher Robert Aller. Revival is one concern that has been addressed throughout Aller’s artistic practice – he examines the loss of First Nation’s culture and becomes influenced by their history in craft and tradition, which surfaces in his drawings, paintings and basketry.

While studying under Arthur Lismur at the School of Art and Design in Montreal, Aller’s interest in native art grew, and in later years it became his lifelong challenge to document the lives of First Nations people. 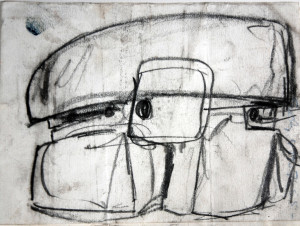 This was a retrospective of Bob de Castro’s sculpture artwork ten years following his death. De Castro has been described as Canada’s Vincent van Gogh of sculpture, and his lifetime achievements were boundless.

A large collection of slides, photographs, negatives and newsclippings of de Castro’s works will be available from the University of Victoria’s archives. To view a selection of his sketches, visit out online inventory here and search “Robert De Castro”.

During his lifetime, Robert De Castro asked for no grants, sold no pieces, and did not exhibit his work in public. He simply spent hours in his workshop, one might say obsessively, creating his bleak, black carvings.