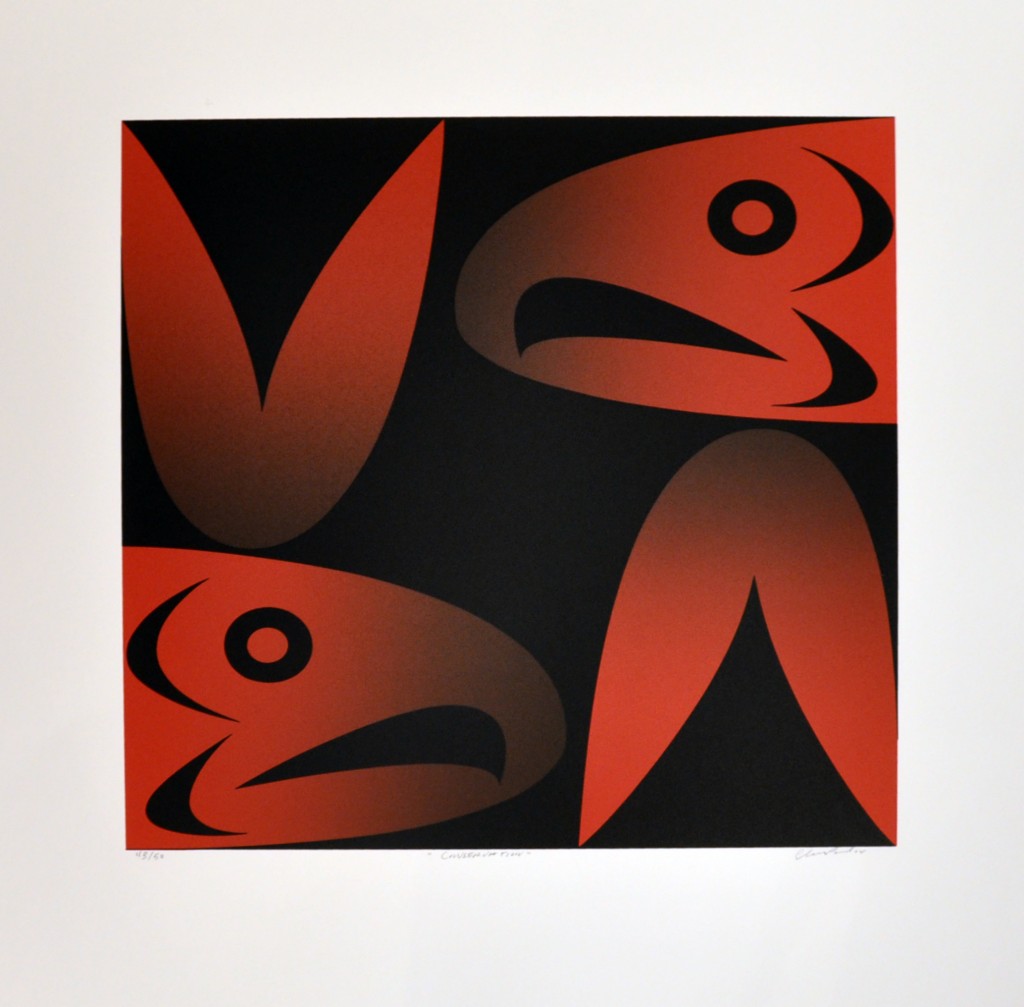 Symbolized as the provider of life, the Salmon is associated with prosperity since it is the main food source of the Coast Salish peoples. Because of their importance to the Coast Salish, various bands hold ceremonies to honour the return of the salmon to their spawning grounds. Since Salmon reclaim their traditional land each year, they are often thought to have vital knowledge that is necessary for survival. This trait also creates an association between fish and perseverance.

Chris Paul (born 1970) is a member of the Tsartlip Band of the Cost Salish peoples, located near Brentwood Bay on Vancouver Island. Apprenticing with Floyd Joseph and Roy Henry Vickers, Paul emerged as an artist with his own style of depicting heritage with strong modern colours. Each event in his life evokes a new image, which he transforms into art. Paul’s works range from fine jewelry to woodcarvings and serigraphs.