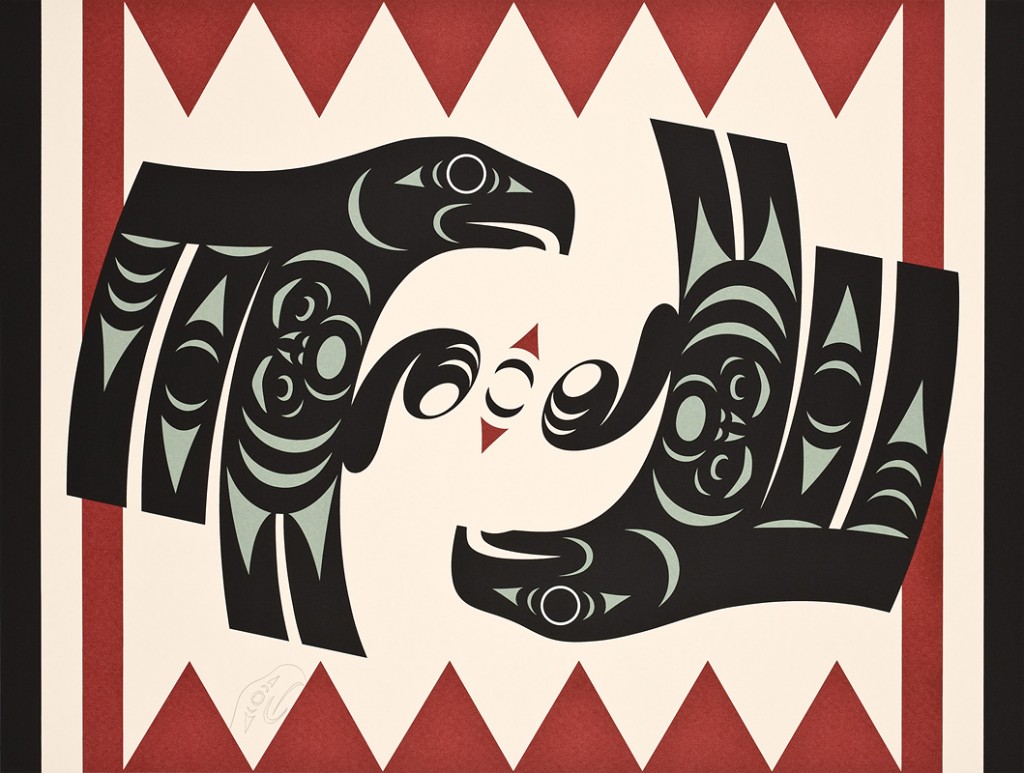 Mating Eagles was my very first canvas painting. I later had serigraphs printed.

The design started out symmetrical with the first half done in traditional Salish design. Inside the body cavity is a human face that reflects our connection to and respect for nature and humans. When I drew the other side and flipped it around the eagles looked like they were going around in circles, twisting and turning in the sky as if mating. Inspired by the spindle whorl, I added a Salish weave blanket background.

Maynard Johnny, Jr. (born 1973) has inherited a unique blend of traditions as he is of both Kwakwaka’wakw and Coast Salish decent. He is self-taught, and has been working on his art since his teens. While versatile in other media, including woodcarving and engraving, Johnny has focused on printmaking for the past decade. He tries to maintain a contemporary vision of traditional legends. Johnny currently lives in Chemainus, British Columbia.