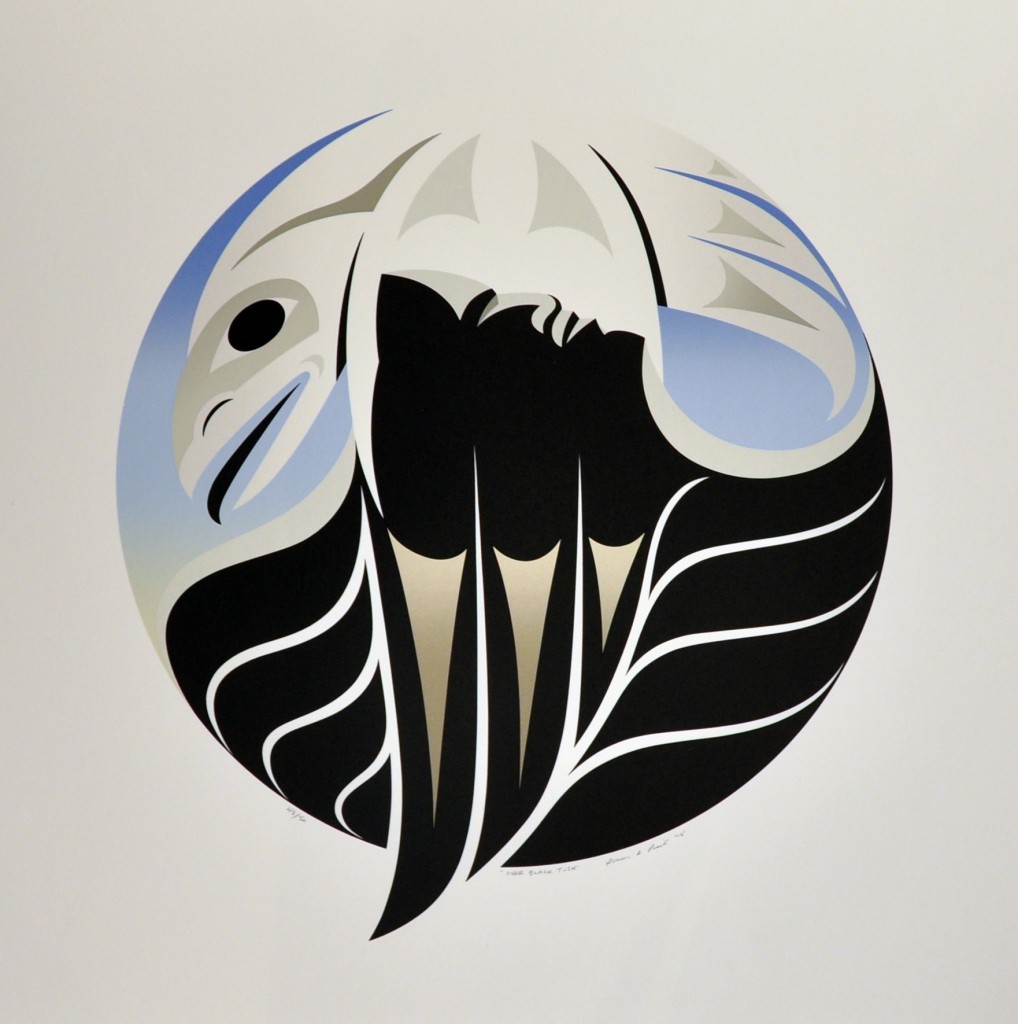 The Black Tusk is a mountain that is a part of the Garibaldi Range of the Coast Mountains, located just south of Whistler. According to Coast Salish legends, the Black Tusk is said to be the Thunderbird’s favourite perch. In Point’s work, the Thunderbird is covering the tip of the mountain, as though the creature was connected to the range.

Susan Point (born 1952) is a Coast Salish artist based on the Musqueam First Nations Reserve. Point began her career in 1981 in jewellery, serigraphs, and paintings. Eager to reinvigorate interest in her own people’s art style, Point chose to concentrate on the traditional designs and elements created by her ancestors while applying a more contemporary aesthetic and experimentation with techniques and materials such as paper, glass, bronze, wood, concrete, polymer, stainless steel, and cast iron. Point’s innovative approach to traditional forms and myths has led to an international reputation and has inspired many of the new generation of Northwest Coast artists.