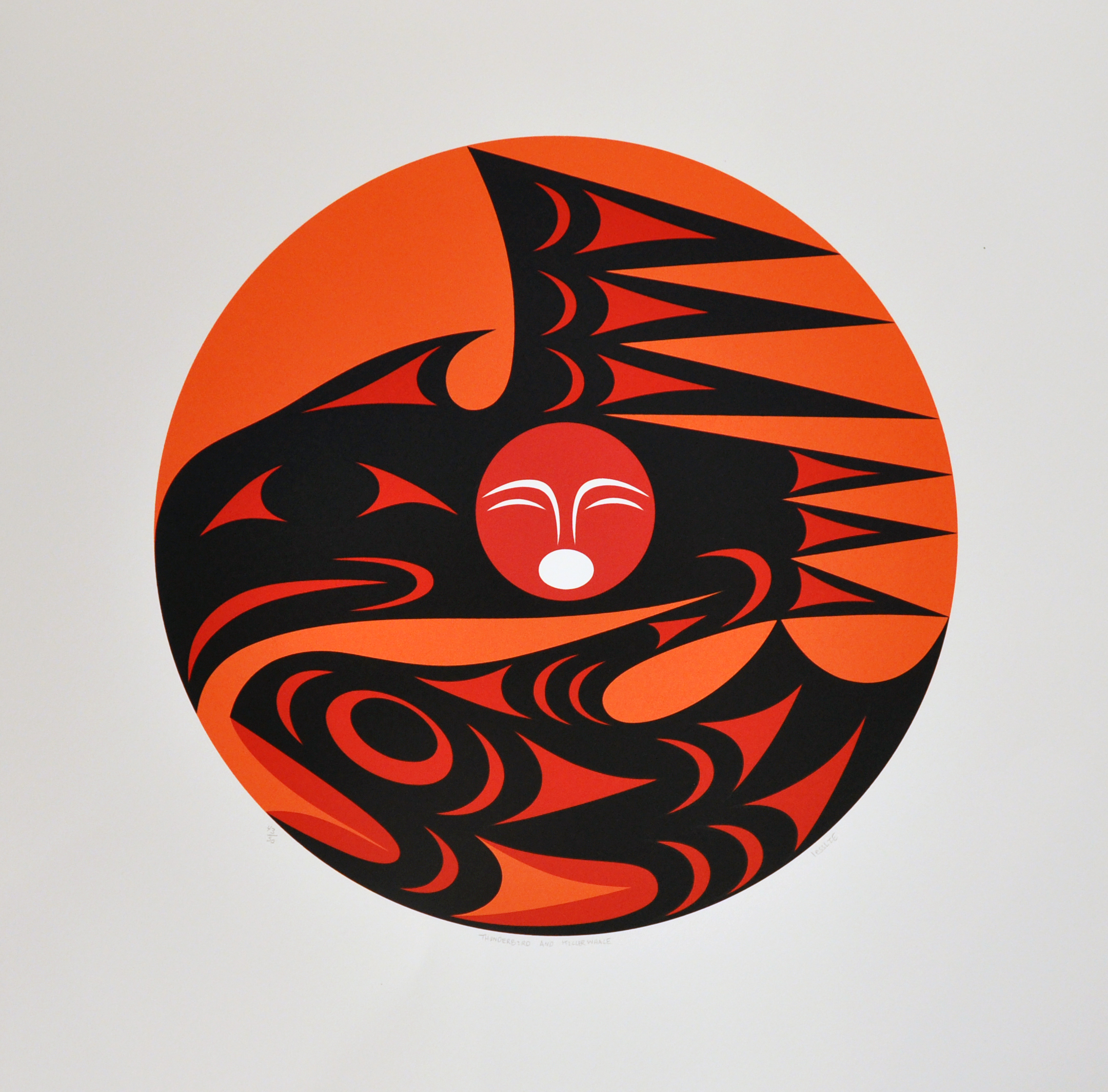 Other versions of this legend can be found in Maynard Johnny Jr.’s Answer to the Call and Luke Marston’s Thunderbird and Killerwhale.

lessLIE, or Leslie Robert Sam (born 1973) is a Coast Salish artist from Duncan, BC. This highly talented and original artist works in multi-media, but particularly enjoys dealing with serigraphs. As a graduate student at the University of Victoria, he studied conventional Coast Salish art. The artist draws on traditional iconographic elements, while inventively intertwining his art with contemporary texts.