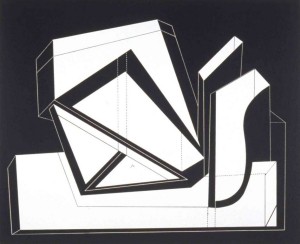 Victoria artist Karl Spreitz uses whimsy and paradoxical imagery to challenge the conventions of mundane life. This self-driven, multi-talented connoisseur developed an authentic artistic style that echoes his larger-than-life personality and life experiences. Andy Warhol once called him the “master of instant retrospectives.”

Spreitz was born in Graz, Austria in 1927 and faced the tribulations of World War II as a youth fleeing across Germany. After the war, he ended up with a 16 mm movie camera to film European track and field events while serving as an assistant Olympic coach. 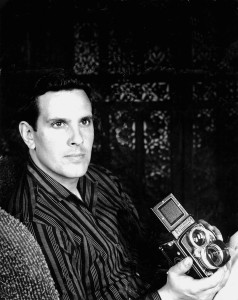 In 1959, he moved to Victoria where the distinctive photography and film style of Spreitz flourished, first as a staff photographer for Beautiful British Columbia magazine in the late 1960s, and then as a cameraman for local news stations, and eventually a filmmaker at the height of the “underground” film movement of the 1970s.

He became a founding member of the Limners Society, an art group that helped shape the modern art scene in Victoria. Spreitz’s in-depth knowledge of the human body from his early studies of kinesiology, coupled with his enthusiasm for technology, resulted in creative depictions that juxtapose human and mechanical forms.

This retrospective presents a selection of prints, paintings, and collages in addition to photography, film, and ephemera that illustrate Spretiz’s accomplishments. He is celebrated as a pioneer and mentor of documentary adn experiemental filmmaking in BC and has created a 35-year record of Victoria’s cultural history through his films.

Continue to exhibition themes: The Art of Photography; Practices in Art; The Limners Society; Mechanics of the Human Body; Satire and Wit; Experiments in Film