Katharine Maltwood and the Arts and Crafts Movement

In 1910, English artist Katharine Emma Maltwood (1878-1961) completed Magna Mater, a sculpture for Elbert and Alice Hubbard’s craft community, the Roycroft Workshops in Aurora, New York. The Hubbards were leading figures of the American Arts and Crafts Movement and the fact that they selected Maltwood’s work was significant. Alice Hubbard later wrote to Katharine, “We have cemented Her there among the stones and time cannot move Her. She is our Shrine. She is part of us.” 1 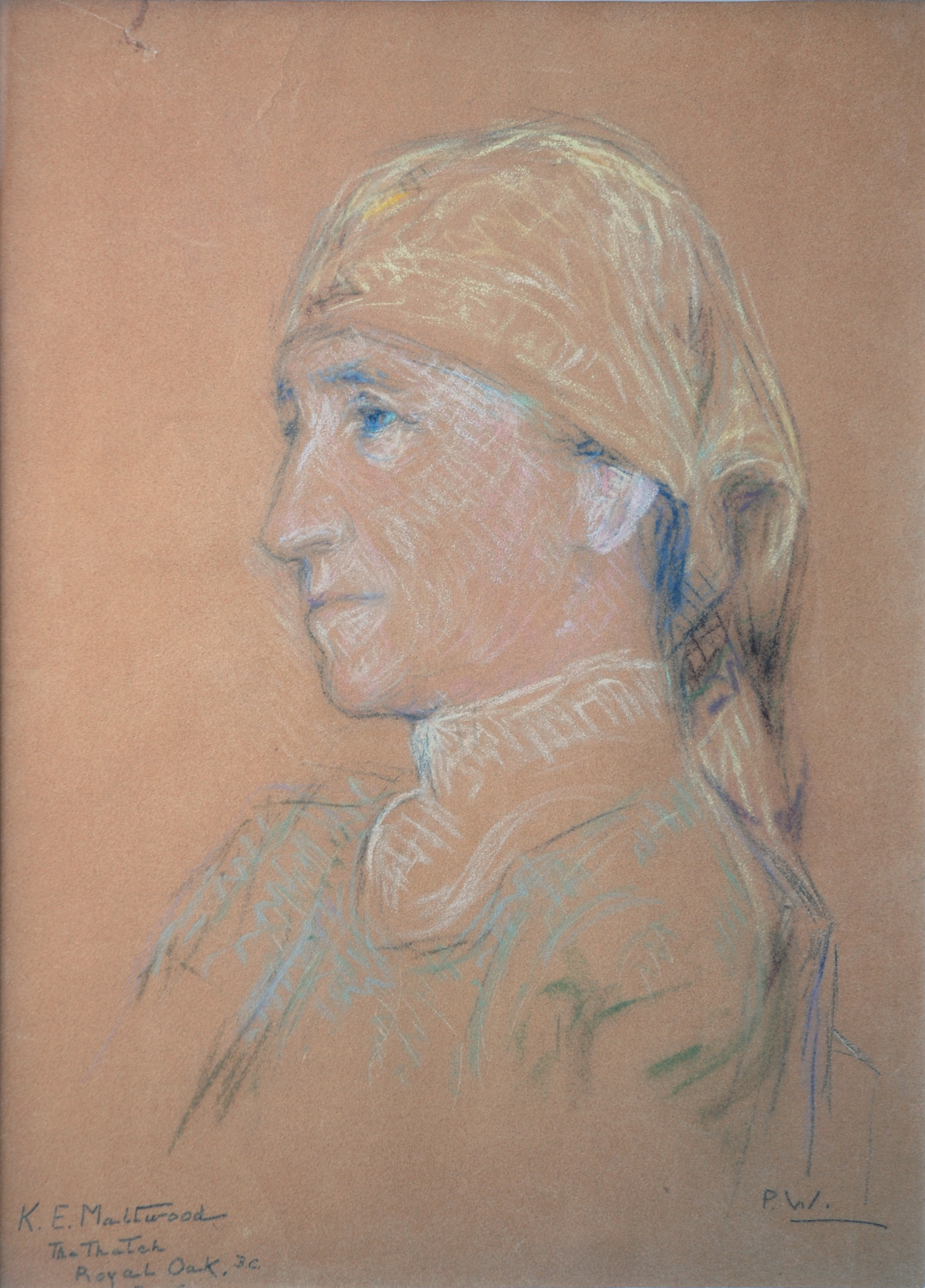 Katharine Maltwood’s involvement in the Arts and Crafts Movement was a lifelong passion, one of many aspects of her complex artistic vision and worldview which also included interests in astrology, the occult, Eastern religions and theosophy. She and her husband John Maltwood immigrated to Canada in 1938, and in 1964 they bequeathed their home and art collection to the University of Victoria.

The original Maltwood Memorial Museum collection was housed in the Maltwood’s former Royal Oak home until 1972. The museum was unique in North America in its initial Arts and Crafts focus, and nearly all of the 200 works purchased in the following decade by the university built up this aspect of its collection mandate. This exhibition and its companion Beauty for All: The Arts and Crafts in Europe and North America provide an opportunity to reflect on the development of the university’s permanent collection and the founding of the Legacy Art Galleries.

This exhibition celebrates Katharine’s significant contributions as an artist, scholar, and collector – focusing particularly on the Arts and Crafts Movement and how it informed all three areas of her legacy.