Other Maltwood sculptures exploring spiritual and mystical subject matter may be viewed in public spaces on the University of Victoria campus including an installation of Mills of God (1919) and Buddha’s Path of Enlightenment (1929) in the atrium of the University Club and the monumental alabaster sculpture The Holy Grail (1922) installed outside the Legacy Maltwood Gallery in the Mearns Centre for Learning –McPherson Library. 1

Maltwood’s interest in Arthurian legends and her own discovery and promotion of the “Glastonbury Zodiac,” a massive earthworks creation in the Somerset landscape, further parallels the interests of artists and writers associated with the Arts and Crafts Movement. The medieval legends of King Arthur experienced a revival in popularity at this time, inspiring 19th century writers such as Alfred Lord Tennyson and artists including Burne-Jones and Rosetti. Her search for the Holy Grail came to represent a spiritual quest for understanding of the place of the individual in the larger harmony of the natural world. In many ways Maltwood’s research became an extension of her artistic interests. 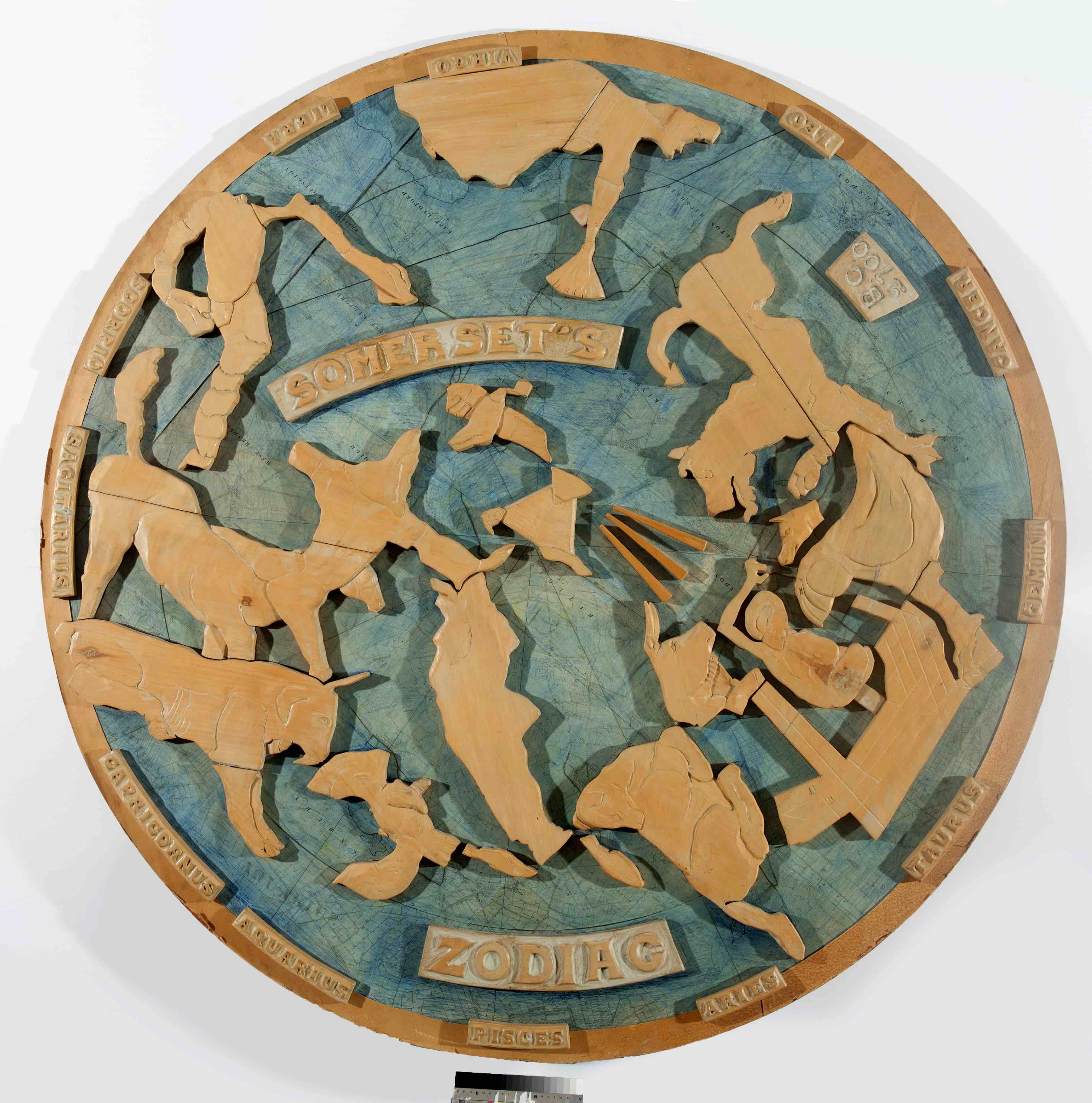 Maltwood claimed to have discovered the Zodiac in 1925 while living at Chilton Poldon, Somerset. This area is the site of the Glastonbury Tor, a terraced hill with evidence
of human settlements dating to the Iron Age. It is topped by a ruin of the 14th century St. Michael’s Church and is a site rich in mythological and spiritual associations. 2 At the time Maltwood had been studying this literature and was particularly interested in Joseph of Arimathea’s journey to Glastonbury, where he is purported to have founded the earliest Christian oratory. 3 Maltwood traced the location and events of King Arthur’s quest for the Holy Grail using a Norman-French manuscript The High History of the Holy Grail, (translated by Sebastian Evans in 1910), whose unknown author clearly described the Glastonbury terrain and Glastonbury Abbey as the source of his story. Using this narrative Katharine Maltwood traced her own map of the adventures of King Arthur and arrived at the idea that the creatures that the knights battled (such as Leo, Orion, the Ram, the Fish, the Phoenix) were laid out in the landscape as giant earthworks, covering a diameter of ten miles. She believed that the knights represented hunting gods of earlier times and were “Christian reincarnations of the gods they quested. Sir Lancelot showing all the characteristics of the Lion, King Arthur of the sun-god Hercules, Sir Gawain of the Ram, etc.” 4She also consulted numerous detailed ordinance survey maps and astronomical figures to construct precise outlines of the Zodiac. In the 1930s she commissioned her own aerial surveys of the area. She published a number of books on her findings, and spent the last 30 years of her life lecturing and writing extensively on the subject. 5

Maltwood was recognized for her work as a Fellow of the Royal Society of Arts, but also received her share of criticism. 6 Her Canadian audience was reportedly more receptive to her theories. 7 When she emigrated she brought a cutting from the Holy Thorn of Glastonbury, which according to local legend originally grew where Joseph of Arimathea thrust his staff into the ground. The tree flourished in Canada, first at the Thatch and then survived a transplanting to the UVic campus where it still stands outside the University Centre building.