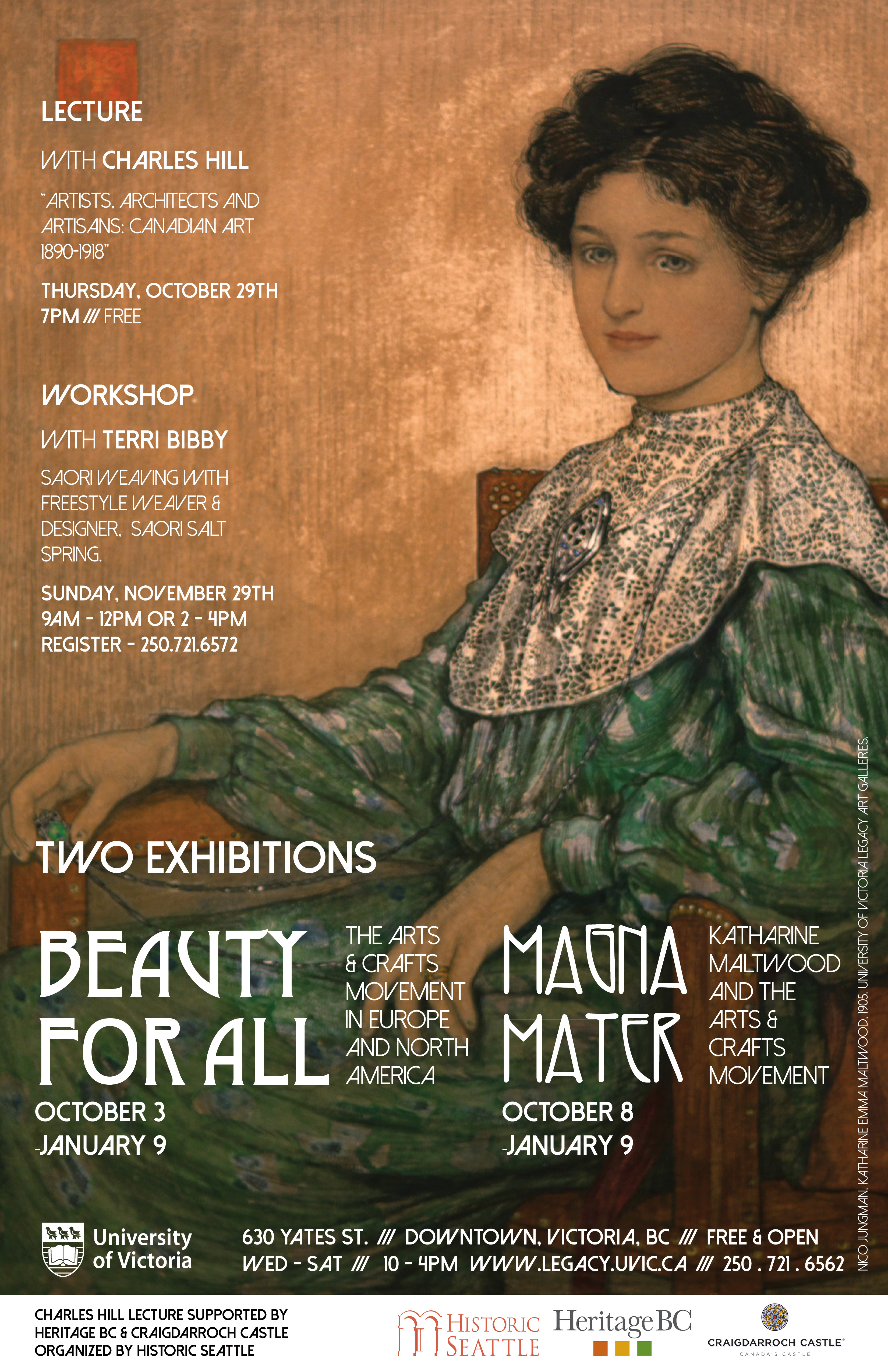 Magna Mater: Katharine Maltwood and the Arts and Crafts Movement

In 1911, Katharine Maltwood presented her first critically acclaimed sculpture, commissioned for the Roycroft Institute, one of the most important communal craft workshops of the North American Art sand Crafts Movement. Entitled Magna Mater, this  piece was installed on the grounds of their headquarters in East Aurora, New York and was intended as a visual embodiment of the ideals held by some of the major proponents of the American Arts and Crafts Movement.

This exhibition investigates the role of the prevailing Arts and Crafts Movement in late 19th century Britain in Maltwood’s art, her research and” discovery” of the Glastonbury Zodiac, her art collecting interests, and subsequently how her bequest defined the collecting priorities of the University  of Victoria for the next decade. Indirectly her life’s work helped to build one of the finest Arts and Crafts collections in the country and visitors will have the opportunity to learn more about this highly regarded sculptor’s work.