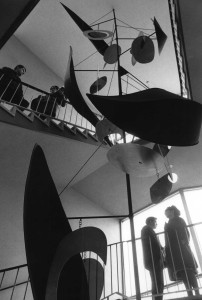 Bill West was an artist, educator, and designer. As an art teacher at various secondary schools in Victoria he influenced many budding artists including Eric Metcalfe and Carole Sabiston. He taught at the University of Victoria in 1960, and earned a permanent faculty position in 1973 as head design instructor in the Theatre Department. West also contributed to UVic’s integrated public sculpture with his Alex Calder-inspired three-storey mobile for the stairwell of the Clearihue building. Upon his retirement, he was commemorated for his multitalented oeuvre ranging from printmaking to public sculpture and campus design. 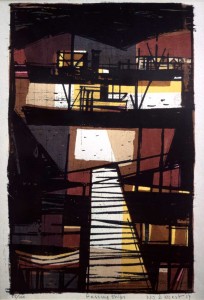