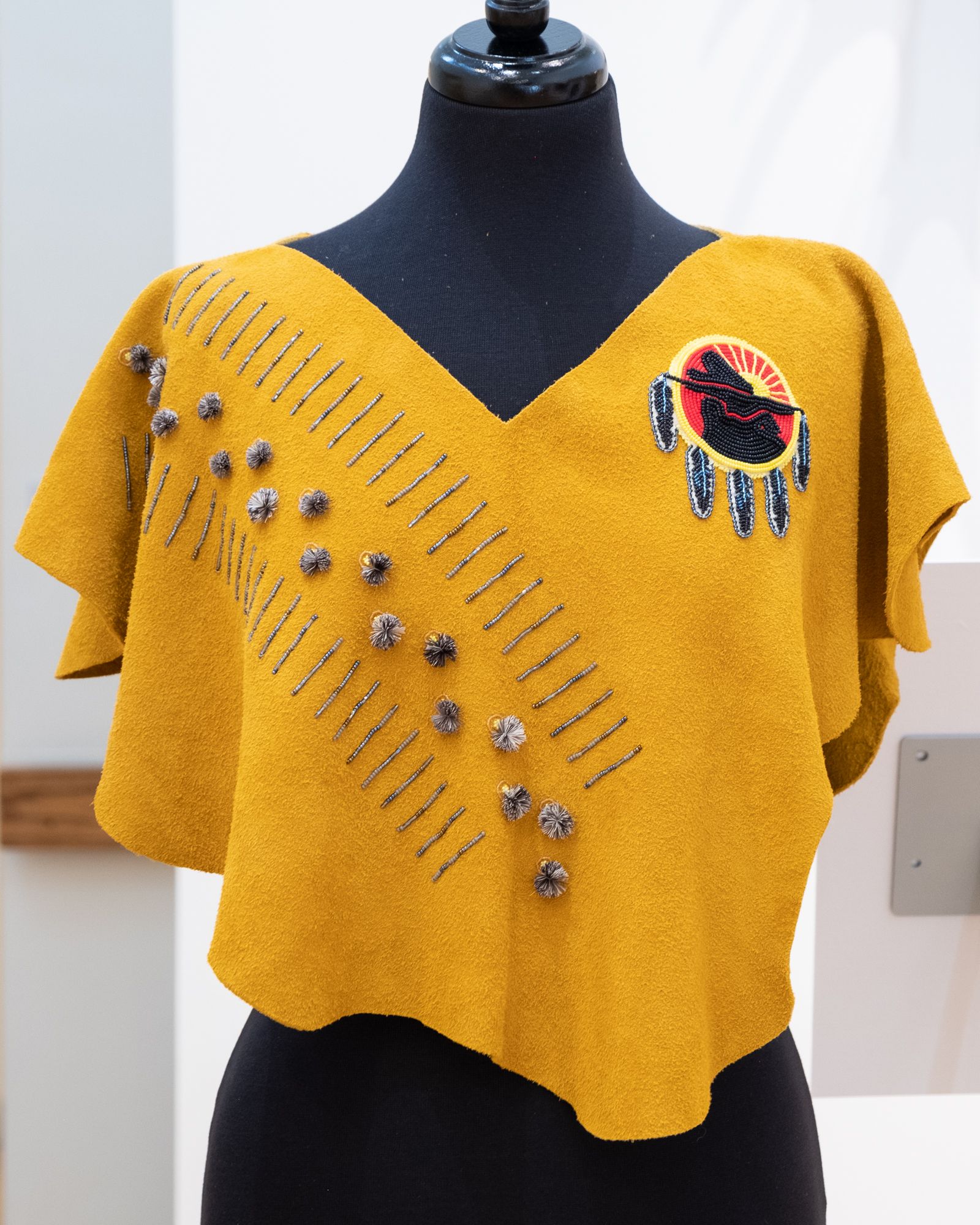 Shnąą Wueek was created for my mom, Janet Vander Meer. My mom is an extremely passionate and selfless person. She’s a caregiver by nature and a powerhouse in negotiations. My mom has been the lead negotiator for my First Nation since 2010 and has put my First Nation in a position of power and strength to hold the government and mining corporations accountable to us and to our Traditional Territory. My mom rarely gets recognized for her efforts and this is my way of saying thank you.

White River First Nation, based out of Beaver Creek, Yukon, is one of the smallest Nations in Canada and has no historic or modern-day treaty or land claim. White River’s Traditional Territory is unceded. In 2010 Kaminak Gold purchased claims in an area known as Coffee Creek, dead centre in the heart of White River Territory. Exploration activities were approved by the Yukon Government, with no consultation with White River First Nation, that same year. Six years later, Kaminak was bought out by Gold Corp. Gold Corp continued exploration and eventually merged with Newmont to create Newmont Gold Corp in 2019. Newmont Gold Corp is an American-based mining company with mines around the globe. They are currently the largest mining company in the entire world after the merger. Their revenue in 2020 was $11 billion with a current stock price of $78.22.

Today, my First Nation is fighting back against a flawed system that fails Indigenous rights, stewardship, and voice. Coffee Creek is an important place for my family and I as we have a long history with the area. Coffee Creek marks a gathering place for Indigenous Peoples across the interior of Yukon. We would gather to exchange goods, share stories and lessons, and be a support network for one another. My Grandma’s siblings are buried there, our family members. Because I have such a deep connection to Coffee Creek, this sense of place is inherently woven into my identity as an Upper Tanana woman. Coffee Creek has provided and protected our family for many generations and it is only right that we protect it in return. Today, the occupation of Coffee Creek is done to assert our rights in the area and to tell the world this is nee n n’ (our land).

Shnąą Wueek features the White River First Nation crest on the front of the garment along with beaded imagery that depicts small moccasins walking through bulldozer tracks. On the back of the piece are the words Nee N n’ flowing alongside a beaded Coffee Creek.