In the spring of 2016 the eight artists in this exhibition gathered in a studio space in downtown Victoria to talk about how they might take the process of serigraph printmaking ‘out of the frame.’ The idea was to engage in a printmaking ‘experiment’ where the work to be created was a collective vision, not the work of an individual, as is typical of prints that are for sale through the commercial art market. The result of this meeting and subsequent dialogue over social media between the artists was a vision to merge printmaking with installation art. Out of the Frame (2016), the collective work that emerged from this vision, is the signature piece of this exhibition.

Working with Andy MacDougall, a world-renowned master printmaker, and director of Wachiay Studio in Courtenay, B.C., the artists developed individual banner designs that spoke to their personal interests and concerns. The collective’s goal to deconstruct frameworks through which the public views serigraphy by Indigenous artists was further explored through the use of different materials for printing. The artists, as well as MacDougall, and Erin Brillon, decided upon the use of panels of polyester fabric, which reference the framed screens used in serigraphic printing, and columns of Mylar paper for its translucent quality. Each artist independently created a design, bearing in mind parameters of size so as to create uniformity across the collection of works in their installation. The construction and presentation of layers through which light flows creates a three-dimensional experience of printmaking as process and prints as products. The artists engage a variety of themes in this collective work that range from philosophical reflections on light, human/animal relationships, concepts and experiences of time, change and intimacy to the resistance movement of Idle No More and the heartbreaking realities of continued violence against Indigenous peoples proclaimed through the statistics on the number of murdered/missing Indigenous women and men in Canada.

Grateful acknowledgement is given to Andy MacDougall and Erin Brillon of Wachiay Studio for their work on this project, and to First Peoples’ Cultural Council’s Aboriginal Arts Development Awards program for funding to support this Out of the Frame project.

Learn about the collaborative process here.

Read the artist statements for each banner below:

Orca Rising to the Surface 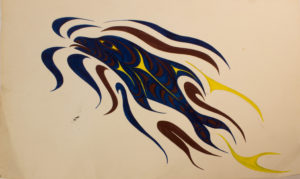 Orcas are monarchs; queens or kings of the sea. The super mammal in this print is surfacing. When orcas surface, we as humans have a small window of opportunity to see these magnificent beings, to appreciate their power and grace. As Salish people we have always respected the orca whales for the relationships they maintain with each other as they live out their lives in families, much like humans. Orcas have territories they hunt and live within. But like humans, they too, are predators. 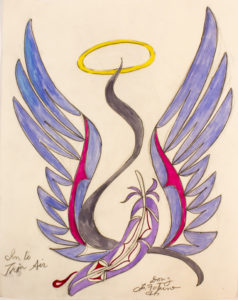 My wife Kathy has an older sister named Elsie who has been missing since the Pickton pig farm incident. Her name is on the missing women’s list. We do not know if she was hurt or if she just left. Our nephew, Everett Jones has been missing for 3 months now, like the numerous other native men and women who have disappeared into thin air. I was thinking of Elsie and Everett when I created this piece. 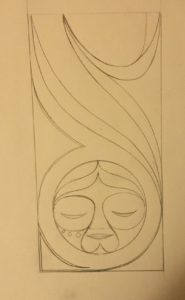 This piece is inspired by the concept that the only constant in life is change. Perhaps it is how we allow change to happen that makes all the difference. As we move through our lives and grow from one stage to another we experience great changes. Each individual person experiences change in their own way.

The idea is to accept change much like water does. Water shifts and changes as it flows and moves through space. We can choose to flow with change or try to resist it however, the constant ebb and flow of change will wear down any surface. If you turn this image on the side you will see a wave design. I chose to depict water because water is a great teacher for accepting and adapting to change. Not resisting change and embracing the one constant in life is what inspired this piece. 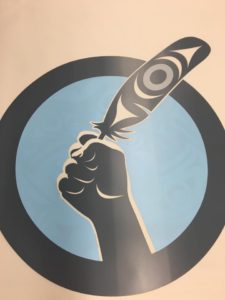 Prominence in the Night Sky 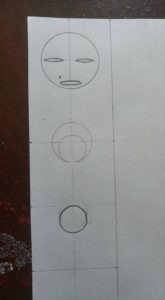 Conceived as a light in the bRAIN lightning, sketched in ARTificial and natural light. Photographed through the light of an Android phone. Posted on Facebook through the light of an Android phone. Viewed by serigraph printers through the light of iPhone, Android, and computer screens. UV lighting to create the screen. Light to use water to blast the screen. Printed in ARTificial light. Lit in layers with ARTificial and natural light. Sylvia Plath poetically proclaiming the moon borrows light from the quwut sun. Daylight as sacred in Coast Salish cosmology. An ode to light. The sacred suffering of women getting breast cancer working the night shift theoretically caused by ARTificial light. The sacred suffering of posterity paying for today’s depletion of natural resources. Solar Salish Prometheus powered.

On a formal level, this work also reflects different stages of a serigraph print. The Mylar paper, a found, coincidental meaning, symbolizes the graphic process, the translucent look of the moon and stars symbolizes glass, eventually used to frame prints. Sand as the source of glass. The ancient, sacred sands of the Salish Sea. The veil in front of the print can be simultaneously interpreted as a screen in the printing process, as well as interior decoration of drapes of Windows 1000, the view of the world.

We as native people were rarely ever stoic, we were rich in food culture and our language rolled off our tongues like SWEET TALK, and we were known for gatherings and our giving… It made us rich to give and our leaders gave the most… And often the women were our greatest leaders. SWEET TALK, we love with our language and culture.

Pointing at the Moon 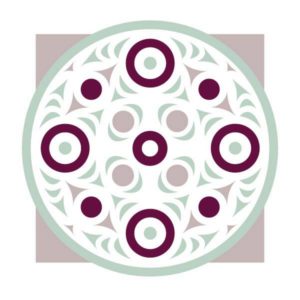 The title Pointing at the Moon is borrowed from an ancient Buddhist metaphor found in The Surangama Sutra. The text uses a man pointing at the moon to metaphorically communicate the difference between intellectual and experiential knowledge. In the analogy, the moon represents spiritual awakening, and the finger represents the Buddhist scripture. By illustrating that, if one fixates on the finger, he/she will never see the moon – the metaphor indicates that if one becomes fixated on scripture rather than spiritual practice, he/she will never achieve an awakening.  In my design, I have depicted the moon breaking free from a frame; this symbolizes the importance of a spiritual practice transcending the superficial study of sacred texts.