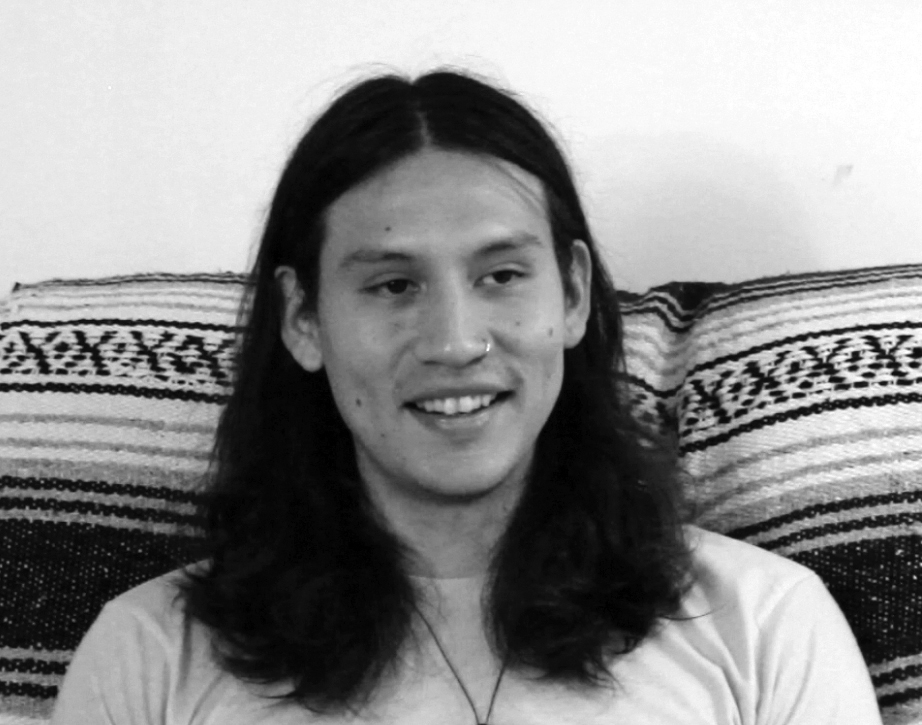 Dylan Thomas (Qwul`thilum) is part of the Lyackson First Nation who originate from Valdes Island. Based in Victoria, he works in the media of printmaking, painting and gold and silver jewelry. Dylan was exposed to Coast Salish Arts at a young age, and grew up in a family that actively participates in their culture and traditions. He studied jewelry with Seletze (Delmar Johnnie) and has apprenticed under Rande Cook, who was a major influence in his artistic development. He was further inspired by the artwork of Susan A. Point, Art Thompson, and Robert Davidson.

His distinctive style is rooted in not only the mentorship of Northwest Coast artists of this region but also by the formal design elements found in Eastern religious imagery of Buddhist mandalas and the artistic tessellations of M.C. Escher. Dylan’s work has been featured in several exhibitions at Alcheringa Gallery and most recently at the Art Gallery of Greater Victoria.