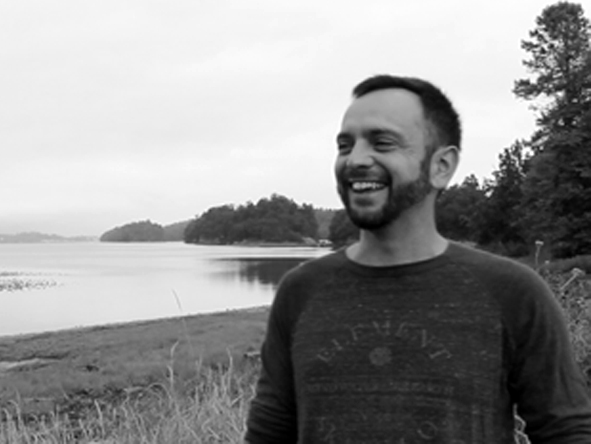 John Marston (Qap’u’luq) grew up in a family who actively practice traditional Coast Salish culture. His parents, carvers Jane and David Marston were his first teachers, and he and his siblings Luke and Angela were mentored by the late Coast Salish carver Simon Charlie. In his twenties, he and his brother Luke joined the carving program at Thunderbird Park at the Royal British Columbia Museum, and in his fifth year John became resident carver. Here he refined his artwork alongside talented carvers such as Silas Coon, Gary Peterson and Wayne Young.

John’s work has been influenced by his international travels and study of museum collections. A cross-cultural exchange to Papua New Guinea was captured in a documentary film entitled Killerwhale and Crocodile in 2006. His work has been featured in solo and group exhibitions across North America— the Royal BC Museum (Victoria, B.C.), the Stonington Gallery (Seattle, WA), and the Museum of Art And Design (New York, N.Y.) – and internationally with the exhibition Hailans to Ailans at the Rebecca Hossack Art Gallery (London, U.K.). John’s carvings are also at the University of British Columbia Museum of Anthropology, the Vancouver International Airport, and the Vancouver Convention Centre, and many other public and private collections. In 2009 he was awarded the BC Creative Achievement Award for Aboriginal Art.