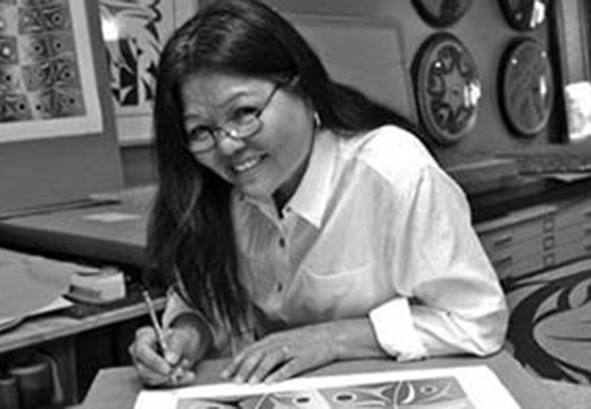 Susan A. Point began her artistic career researching and studying Coast Salish art in its “purest” form prior to European contact. Paying homage to her ancestral artisans, her initial goal was to revitalize the traditional art style of her Coast Salish peoples; however, early in her career, it became evident that Susan had her own personal artistic style … like her ancestors … the focus being on originality.

Over more than 30 years, Susan has designed and manipulated a large range of traditional and contemporary imagery to a wide range of contemporary media to create her art including serigraphs, glass, wood, stainless steel, bronze and concrete to name a few. Numerous public art commissions, including sculptures for YVR, the 2010 Olympic Oval, and the gateways at Vancouver’s Stanley Park, have brought Coast Salish art to the world stage.