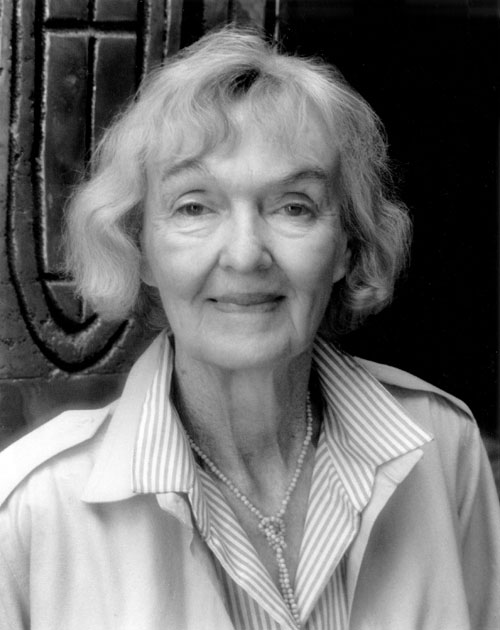 She was active as a sculptor from the mid-1950s through the 80s. Most of her work is bronze, cast in foundries in Ontario, the U.S., and England. The monumental pieces were cast at the Eugene Aluminum and Brass Foundry in Eugene, Oregon.  She exhibited in many cities across Canada, and internationally, in Italy, Japan, and the U.S.

Though she lived her life in Victoria and her studio was here, she travelled extensively, often to work at different foundries. At the time, there was no foundry in Canada with the capability of casting the large pieces.

1936:  Received a B.A. from UBC, Double Honours French and Latin.
1943:  Widowed with two young children. Her husband, an RCAF pilot, was lost when his plane went down in a hurricane off Ceylon (Sri Lanka).
1953 – 54:  Lived in Tokyo, Japan, with her children and in-laws, a formative year.
1955 – 58:  Studied with Czech sculptor Jan Zach, who had recently moved to Victoria.  When he became head of the Sculpture Department at the University of Oregon in Eugene, he persuaded Elza to move there for a time and do her major casting.
1962: Awarded the Sir Otto Beit Medal from the Royal Society of British Sculptors. 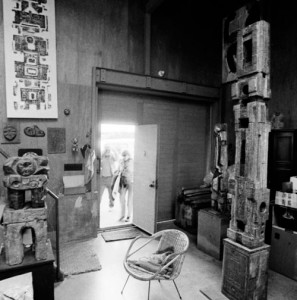 1963:  Received an M.F.A. from the University of Oregon, Honours Sculpture.
1964:  Represented Canada at the Venice Biennale.
1989:  Honorary Doctorate, University of Victoria.

Mayhew’s work is represented in the National Gallery of Canada; National Capital Commission, Ottawa; Art Gallery of Greater Victoria; University of Victoria; Simon Fraser University; Brock University.  Many major commissions, including a centennial project for P.E.I. in 1973 which resulted in the monumental sculpture, Column of the Sea, sited in Confederation Centre, Charlottetown.  Subject of Time-Markers film by Karl Spreitz and Anne Mayhew, 1985.

She served on the Board of Directors, International Sculpture, Kansas, from 1968 – 79; and was a founding member of the Limners artists’ group In Victoria.

Her last years were spent in progressively declining mental health as a result of brain damage caused by the styrene toxins in the styrofoam molds of her sculpture, a method of casting that she had pioneered.