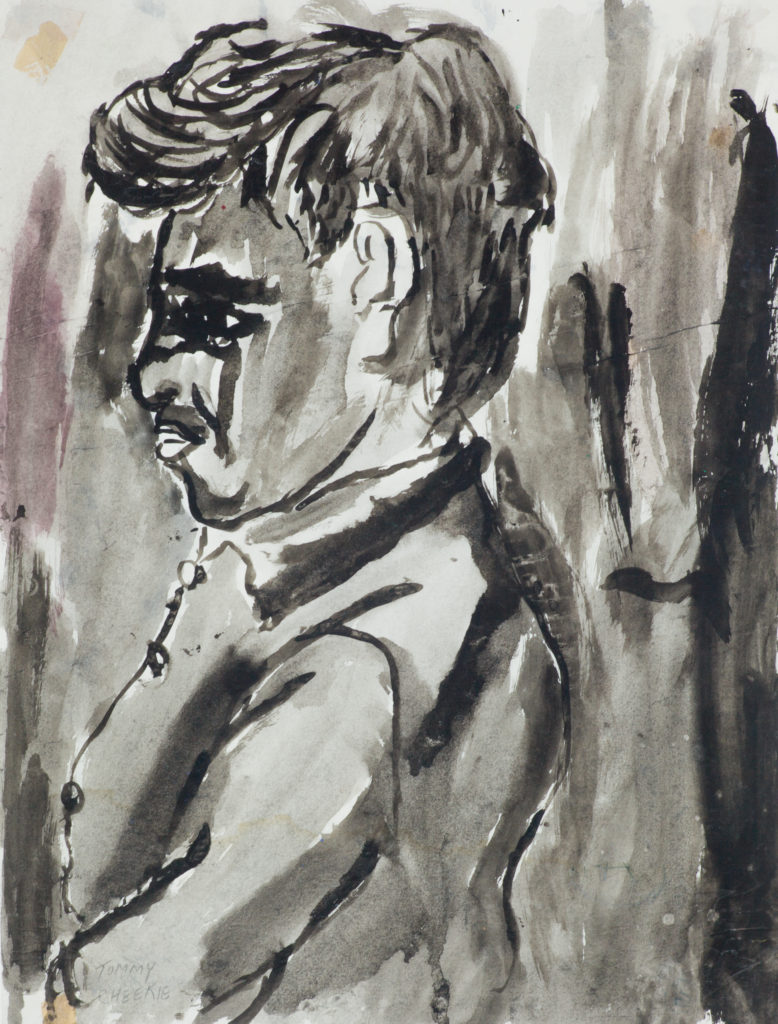 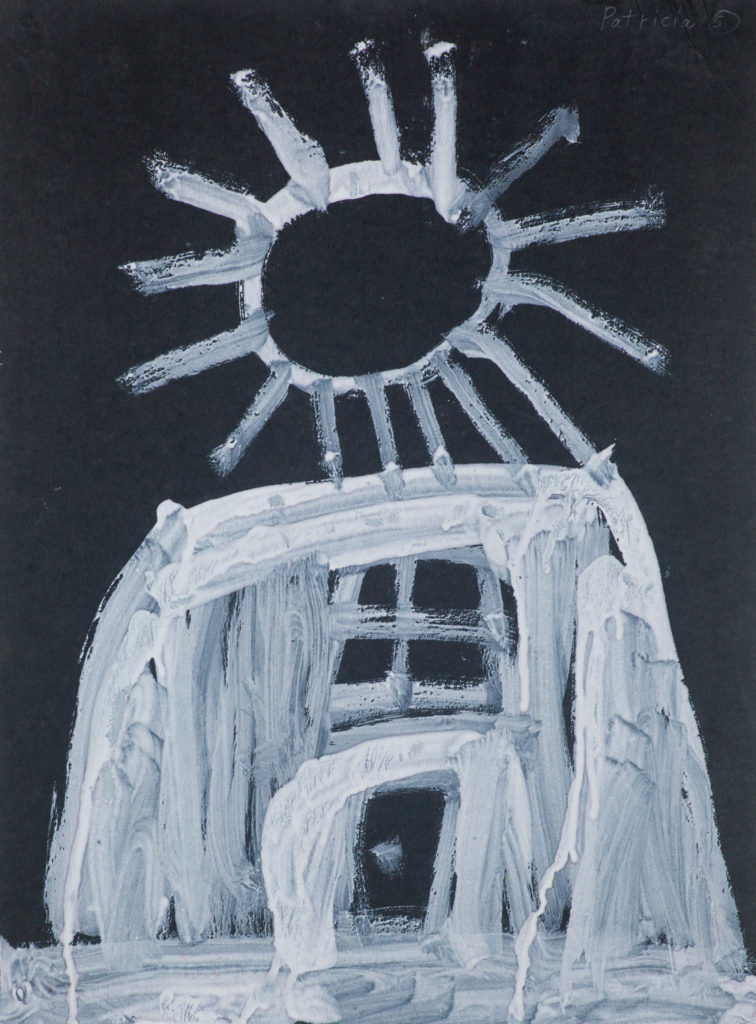 Patricia, Age 5, n.d., Tempera on paper, On loan from the Robert Aller Collection 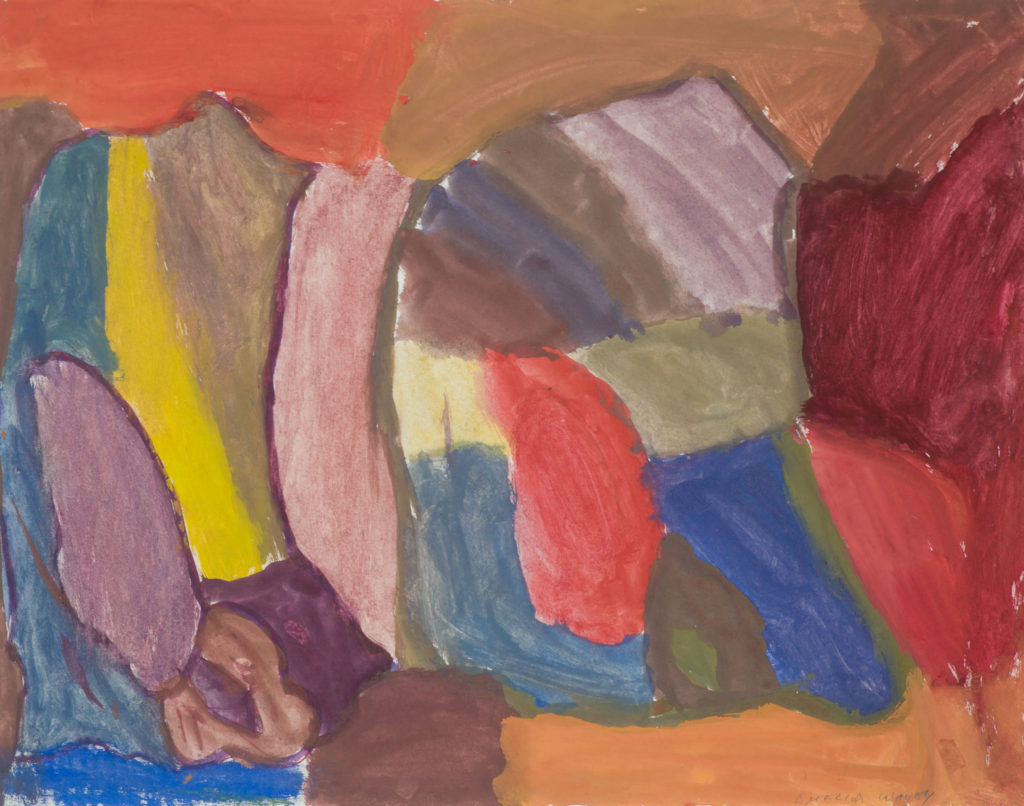 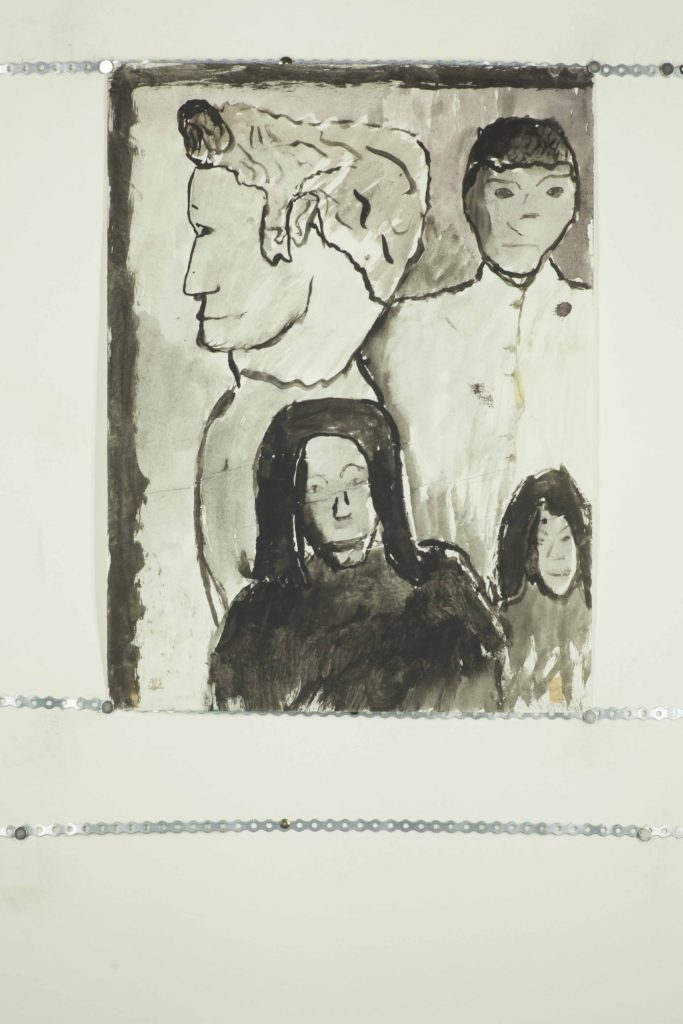 These paintings represent a moment in time at Mackay. But I realize they are so much more than that. The painting is a tangible record that I – we – were there and shared this experience at Mackay. I grew up there. We had many experiences, some good, some sad and some horrific.

I think there is merit in connecting the painting with those children – now adults – who painted them all those years ago, in that classroom. I’m sure all of the students who painted those painting will reflect privately as I did on what this means to me now. And maybe they will conclude as I did that, “if only I’d known back then, what I know now and that what I was painting was going to come back to me 50 years later…. I would have done something much better, like a Norval Morriseau style or an Odjig kind of painting.” But that’s not the way things happen do they? What do you know when you are 10 years old? Nothing. First you’re turned this direction and you’re doing that. The next you’re off riding your make believe pony through the plains and the bad guys are behind you. One of the paintings was of Rawhide Kid, a comic character I knew well back then who lived in my imagination for a time. It struck me that whoever painted that must have read that comic too.

My painting is of my family. Apparently, I don’t have this memory. But it makes sense that I would have painted that being a child and missing your parents a thousand miles away. Going to bed at night, after lights out. I would hear the train whistle blow and I would be reminded of my home at mile 412 where my father worked on the Hudson Bay railway. And I would cry in longing for their company.

So, to me, it’s a reminder that regardless of all else that happened there, we grew up there. We had our adventures – misadventures – with friends and enemies. We fought with other boys, we fought the white boys, and there were all kinds of terrible things that happened as well. I was fortunate I escaped the worst but I was witness to a lot of bad things. I still think it could have been worse for me that is. If I’d have stayed home on the railway track with my family, would have I been better off? I don’t know. I still know my language. I can carry on a decent conversation in Cree. I suppose that if you had a bad experience the last thing you’d want is to have another reminder of your experience at Mackay.