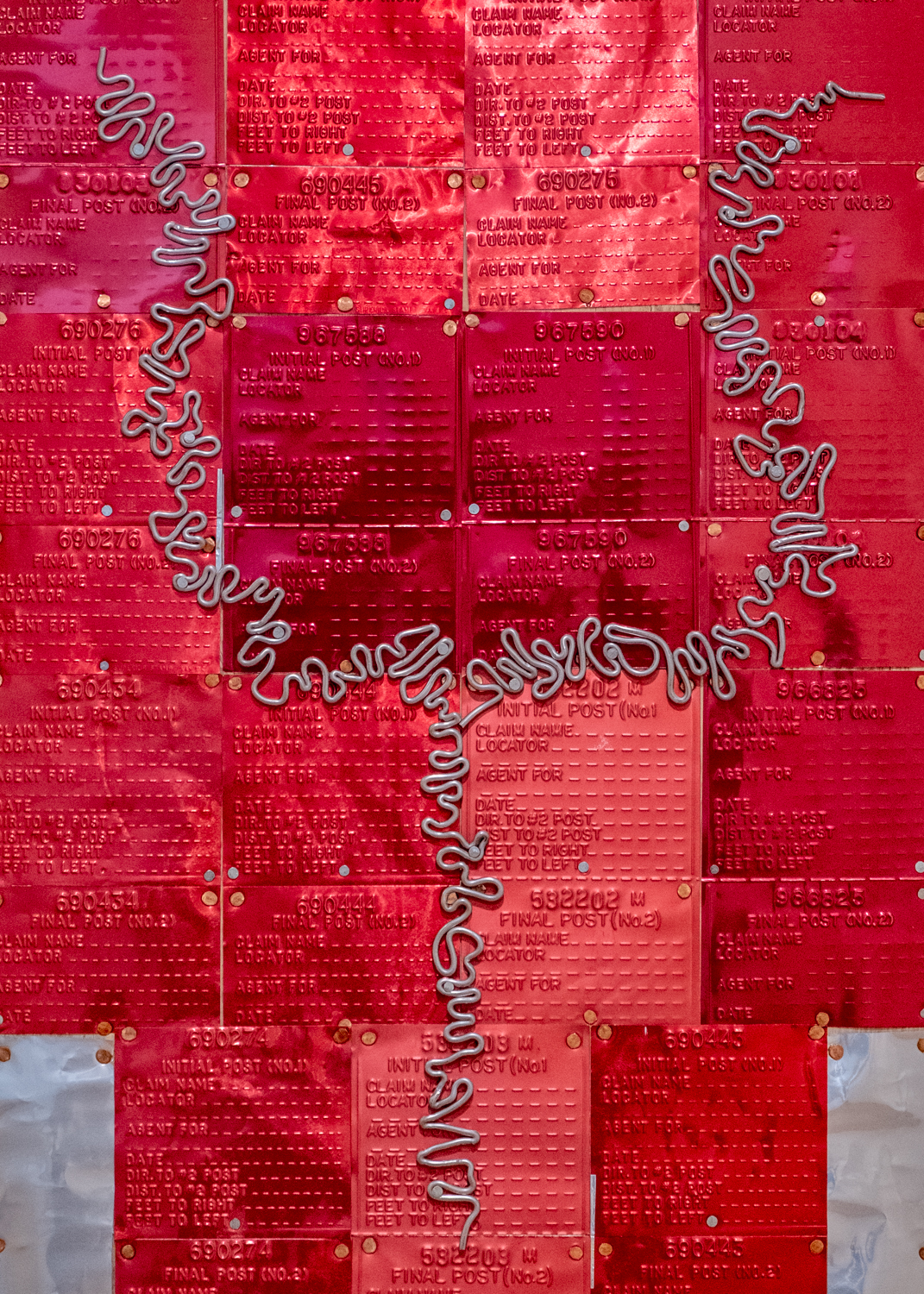 Tin claim plates form the background field of Superseded. These are government issue tools that were used to divide land into discrete parcels of ownership. The soldering wire sculpted overtop of them reflects the delicately traced, undulating seam that is a feature of a caribou’s scull; it also echos the caribou’s ancient paths through their calving grounds and abundant tundra food sources. There are, in a sense, contrasting scripts present here. The power of words and numbers, the violence that bureaucratic English language has been used to enact on land, is apparent. But, despite all the names that have been recorded, all the distances measured by those who employed these claim plates, it is the caribou who properly know the land, who have been enmeshed with it from birth to death through countless generations. They supersede imposed boundaries.